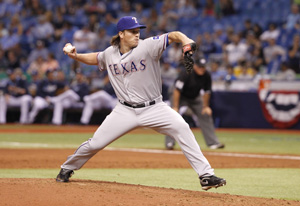 Baseball has been a huge part of owner’s Daniel McCutchen life. After graduating from the University of Oklahoma in 2006, Daniel was drafted by the New York Yankees. He was a pitcher and made it to Triple-A with the Yankees before being traded to the Pittsburgh Pirates in 2008.

He made his Major (Big) League debut in 2009 against the Cincinnati Reds. He enjoyed playing in the Big Leagues for 4 seasons with the Pirates.

In 2014, Daniel pitched in the Big Leagues for the Texas Rangers, and also played for the White Sox, Orioles, and Padres organizations. After playing professionally for 11 seasons, Daniel retired to spend more time with his family. 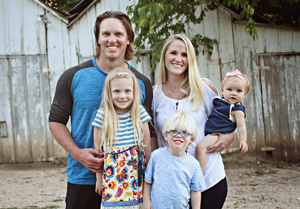 Daniel and his wife Sarah live right here in New Braunfels. Dr. Sarah McCutchen was born and raised in New Braunfels and is partners with her mother at a New Braunfels family dental practice. When they are not cleaning teeth and cars they love spending time with their three kids, Maybrie, Major, and Myla.

Daniel is often at the wash talking to customers about clean cars and baseball. Come and see what the Big League experience is all about.

Also In this Section...